National pet wellness month: Animal hospice and the fear of a ‘natural death’ 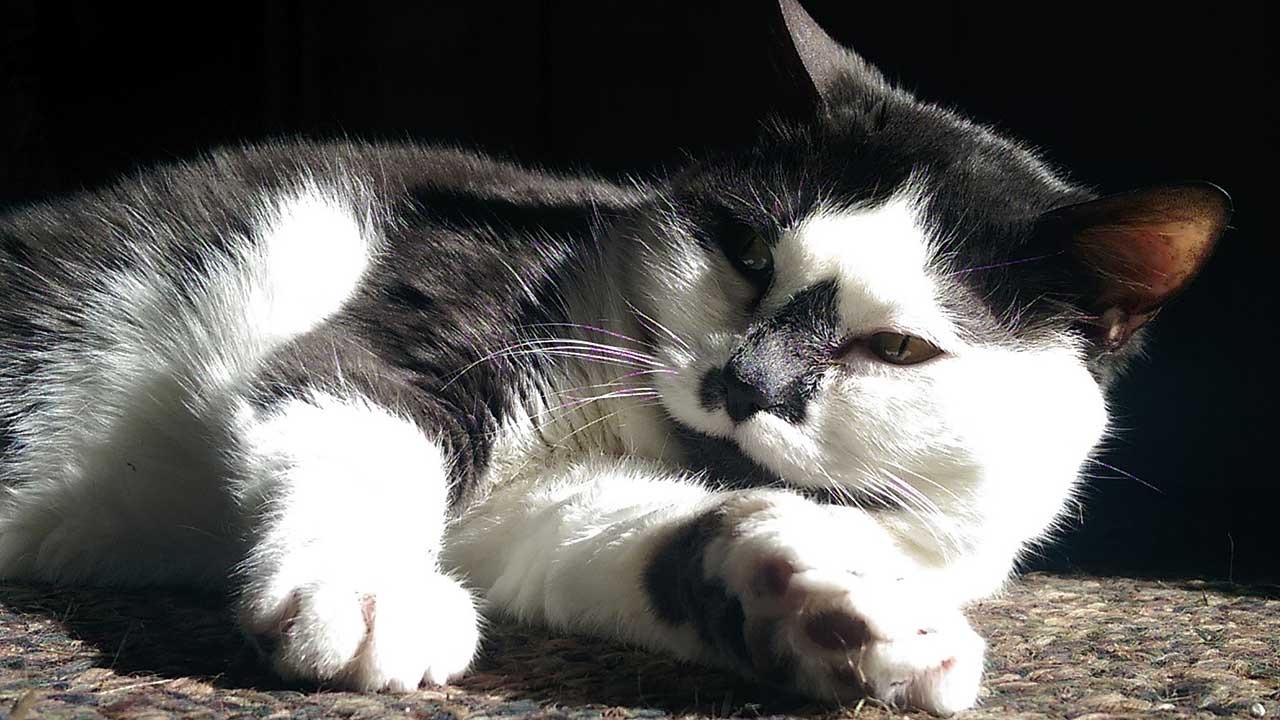 I’m not sure how old Meg the cat was when I met her in 2006, but she had the energy and vibrancy of a kitten and the sass of a cat who had “seen things.” Named after Megalodon due to her coloring (gray and white, like a shark), Meg quickly wiggled her way into my heart. She was a funny, magical little cat who swung from chairs and couches like a primate. She had just the right amount of spice, but she was very sweet and snuggly, too. It took a little bit longer for my own two cats, Chaney and Murphy, to accept her, but after a few years together, my trio of cats were all friends.

Over the years, my trio went from spry young felines to senior cats. As they aged, I began to have conversations about the special care they might need as senior animals: additional veterinary appointments, nutritional needs, and the potential need for animal hospice.

One by one, my senior cats were diagnosed with conditions that are common to aging: hypothyroid, kidney disease, hearing loss, diabetes, and cognitive decline. They required shots, subcutaneous fluids, and medications rubbed into their ears. They needed more frequent veterinary appointments. Their food needs changed almost daily. I worried most about Meg, as she was the oldest of the trio, and she had become particularly frail, but it was Murphy who passed away first.

The following year, Meg began to decline, and I drew upon my animal hospice experience as I monitored her health. She began to lose weight – first fat, and then muscle. She appeared to be experiencing rather extreme cognitive decline and considerable hearing loss. When we think about pet wellness, it’s important to understand changing needs across the lifespan. Yes, Meg had slowed down quite a bit, but she was still sassy, and opinionated, and happy most of the time. She was still eating, and purring, and happily greeting guests. She still had good welfare. She didn’t seem like she was ready to go. I realized that these, which were likely the last days of her life, represented pet wellness as much as her feisty young adulthood.

I discussed her condition with my veterinarian and Michelle Nichols of the Animal Hospice Group. My veterinarian recommended continuing Meg’s medications, and in my conversations about animal hospice, Michelle asked me if I’d considered a natural (non-euthanasia) death for Meg. A natural death scared me – I felt like it wasn’t what Meg would want. I thought she’d be scared, or in pain, or feel like she wasn’t being supported. This wasn’t what animal hospice looked like to me. So we planned to have a trusted hospice veterinarian come to my home to euthanize Meg when we determined that her quality of life had diminished.

When I would leave for work in the morning, I always said “good bye” to my cats and checked to see how they were doing. Did they need a little bit more wet food? Did their water need to be refreshed? Did they seem to be feeling okay? One morning I repeated this same routine, with both of my cats appearing happy and as healthy as senior cats with health conditions could be. I had planned to cook a nice dinner when I came home, but Meg caught me off guard: she had decided that today was going to be the day that she died. I found her on my bedroom floor, laying peacefully and breathing slowly. Chaney watched from the doorway. He had seen this before. He seemed calm, but I was frantic. First I called Michelle, and then I called Compassion 4 Paws, my trusted hospice veterinarian. They could be there within the hour – which is lightning fast – but I didn’t know if Meg would last that long…and I was terrified that she would have a natural death.

Michelle talked me through my terror. She told me the signs to look for, and reassured me, and was just there. I knew that she had helped her own animals through natural death, but that’s not how I had pictured this – I wanted Meg to have a scheduled euthanasia. I didn’t want her to suffer.

Michelle’s voice on the phone, quiet, wise, reassuring, pushed through my panic. “Does she seem like she’s suffering?” she asked. I watched Meg. She didn’t seem like she was suffering. Or scared. Or like she felt unsupported. She was surprisingly…calm and peaceful. I pet her gently as I watched her breathing grow slower and slower. After she drew her last calm, peaceful breaths, Chaney came over to look at her and then walked back out of the room. It felt like he knew that she was gone. She had seemed fine that morning, but this evening, before the veterinarian could even arrive, she had chosen when and where she wanted to die. She had chosen a natural death.

Days later, I talked with Michelle about my preconceived notions of animal hospice and natural death versus euthanasia. While I had worked in human hospice, and had seen natural death with my hospice patients, it had scared me; I worried that it was unkind, and had wanted my human hospice patients to have the same end-of-life options that our pets did. What hadn’t occurred to me was that euthanasia actually wasn’t the best option for every end-of-life scenario; that animal hospice could embrace both natural death and medically assisted death. Michelle just smiled. She’d told me this, but I hadn’t believed it; sometimes, your animals have to show you themselves what they would choose, and show you that this choice is valid, and peaceful, and pain-free, too.

We are often fearful of the unknown. Death – and for me, a natural death – was particularly scary. But it didn’t have to be. It is lessons like this that I have learned from my mentors, from Animal Hospice Group, and from magical little Meg. While we might picture how we want our animal hospice journeys to look, our animals might have another path in mind, and that, too, is part of hospice.

Thank you, Meg, for all of the many lessons that you taught me.

You can help Animal Hospice Group support caregivers of senior and terminally ill animals. Click here to make a donation today. If your company does employee donation matching, you can double your impact, too!

Make a difference by joining the AHG Community! Sign up to receive AHG updates, special offers, and much more. 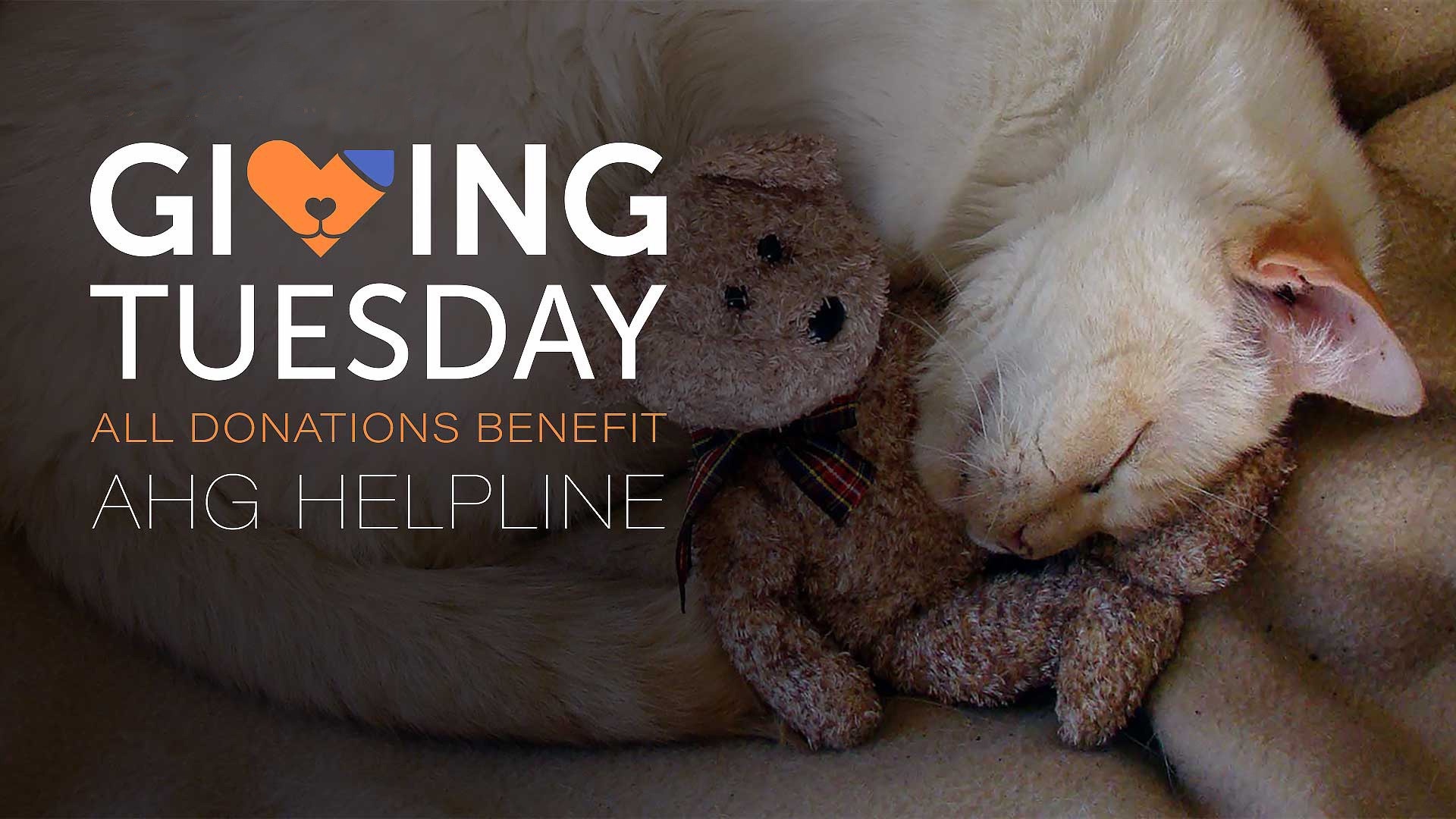 Donate to AHG during Giving Tuesday, Season of Giving, and/or Year-end Charitable Giving!